WASHINGTON — In the third year of COVID-19, people still struggle to return to normalcy in their daily lives. How will vaccines and testing be administered, and how will the economy and education be affected?

Nikkei recently spoke with virologist Robert Redfield, who served as director of the U.S. Centers for Disease Control and Prevention during the Trump administration and is now senior medical advisor to Virginia-based public health firm AM LLC, to get a better look at the path ahead.

Q: Omicron is spreading rapidly across the U.S. What measures are most important to reduce the number of infected people, hospitalized patients and deaths?

A: The most important thing is still vaccination. Vaccination works. But it has a life span. The vaccine’s ability to prevent infection is limited, so we’re probably going to have to be vaccinated again and again.

The vaccines are getting weaker as the viruses are getting stronger in terms of their ability to transmit. The omicron virus is much less susceptible to the protective antibody that the vaccine has.

Second, we need to identify who’s infected and who isn’t. The only way you do that is with routine, regular, repetitive testing.

or example, if you were to take kids in school and test every one of them — say, twice a week — you identify who’s infected and who isn’t. The asymptomatic infected individual you pull out of the transmission pool, and you send them home. As opposed to doing what’s being done now — telling everyone to wear a mask and when there’s a case in a classroom send everybody home. That’s really not the way to do it.

The third thing is to teach people to use the appropriate mitigation that’s appropriate for them. For example, I’ve had three vaccines, the most recent one in the last six weeks. I am pretty protected against infection right now.

In another three months, that protection may wane. And so, telling me that I need the same precautions as someone who’s not vaccinated really isn’t consistent with science. We ought to be making these as individual personal decisions, as opposed to these broader mandates and say, “Well, everyone needs to do the following things because everyone might be infected.”

Q: Is it essential to take an antibody test on top of a PCR test?

A: This is a really important tool that we still need. Technically, the tests are there. It’s not a technically difficult thing. The challenge is that none of these tests have been approved and marketed as a way for you to know if you’re still protected or not yet, because the regulatory agencies will argue that there has not been a clinical study to prove the level of antibody required, to be protected.

When I was recently tested, my wife and I got vaccinated at the same time. Her level was over 1,100 to 1,200 [units, which is] consistent with “highly protected.” My level was under a hundred, which means definitely “not protected.”

This is why it’s not very thoughtful to use “time of vaccination” as your decision of whether you need another vaccination, because we’re all different.

We need the private sector to come up with what I call an “immunity test,” a test that can basically tell you are you immune or not.

This test, you don’t need to know in 15 minutes. You could probably get this test done three or four times a year and figure out where you are.

I suspect the private sector will eventually develop a test that will measure your immunity, that you’ll be able to do in a self-testing, at home. And that ultimately will be telling you when you need your fourth shot, your fifth shot, your sixth shot.

Eventually I think we’ll have a vaccine with greater durability, but right now, the current vaccines clearly have limited durability.

A: This is really important. I never advocated, as CDC director, that the school system was closed.

It’s the wrong knee-jerk [to say,] “Well, let’s just close it down.” The detriment that was done by closing down the economy was a big mistake. We didn’t need to close the economy.

We needed to figure out how to keep the economy open in a safe, responsible, way. In terms of a restaurant, maybe it made sense not to have people standing at the bar. As long as [people are] seated and therefore spaced, and you keep the music down, you don’t make it so loud that you can’t hear each other, so you start talking louder and spitting all over the place.

Or move some of your seating outside, which a lot of bars did. They moved some of their bar outside, where there’s more ventilation. There’s a lot of things you can do to keep businesses open in a safe and responsible way, rather than just say, “We’re going to close them.”

Q: How about travel restrictions, including international ones? Many countries have closed their borders, with a big impact on their travel industry.

A: This is one of the mistakes that was made. This virus was originally classified as a SARS-like virus. What does that mean? SARS is a coronavirus that, when it infects a human being, it makes the human being have symptoms. It doesn’t infect human being asymptomatically.

So, when you said it’s SARS-like, you focused on identifying symptomatic people and then telling them to wear a mask, isolating them, figuring out if they had COVID and contract-trace around them, for other symptomatic people.

The problem was this virus is not SARS-like. It’s a totally different virus, and its main transmission is asymptomatic.

In 2020, when I recommended to close travel from China, we were operating under the idea this was SARS-like. We could look at people coming into the country and we could limit travel, because we could contain this virus.

By the end of February, we knew this was no longer SARS-like; it was asymptomatically spread. So, with the virus that we’re up against, travel restrictions aren’t going to help.

This virus isn’t going to be contained by travel restrictions. This virus is going to be contained by vaccination, by regular, repetitive testing of people that are at risk for infection, to identify them while they are silently infected, meaning you’ve got to probably do it at least once a week, if not twice a week, and by people understanding the mitigation steps that can be used to further limit transmission — good ventilation, washing your hands, wearing a mask.

Q: You have pointed out that herd immunity is very difficult to achieve. How, then, do you think COVID will end?

A: I believed from the very beginning that herd immunity was not an operational concept for this virus. This virus was not going to be subject to herd immunity.

I think that it is always going to be with us. I don’t think it’s going away. This is why it’s important for us to learn how to live effectively with this virus.

Q: Do you believe that an infectious disease like COVID will happen again in the future, or is this a once-in-a-century catastrophe?

Luckily, the mRNA technology that was developed for this is great technology that allows science to make a vaccine in weeks, as opposed to years. When I was CDC director, I dreaded the bird flu pandemic that I thought was coming, knowing that for the first six, 12, 18 months, I wouldn’t have a vaccine.

Now, the CDC director doesn’t have to think like that; they know they can have a vaccine within four to six weeks. 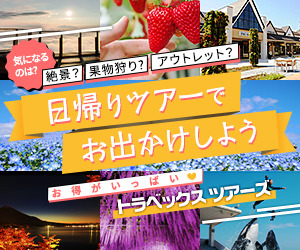 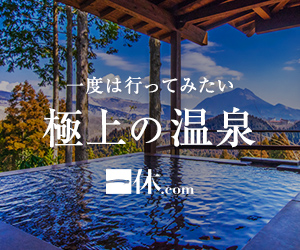